Radio Commercials Are A Visual Medium 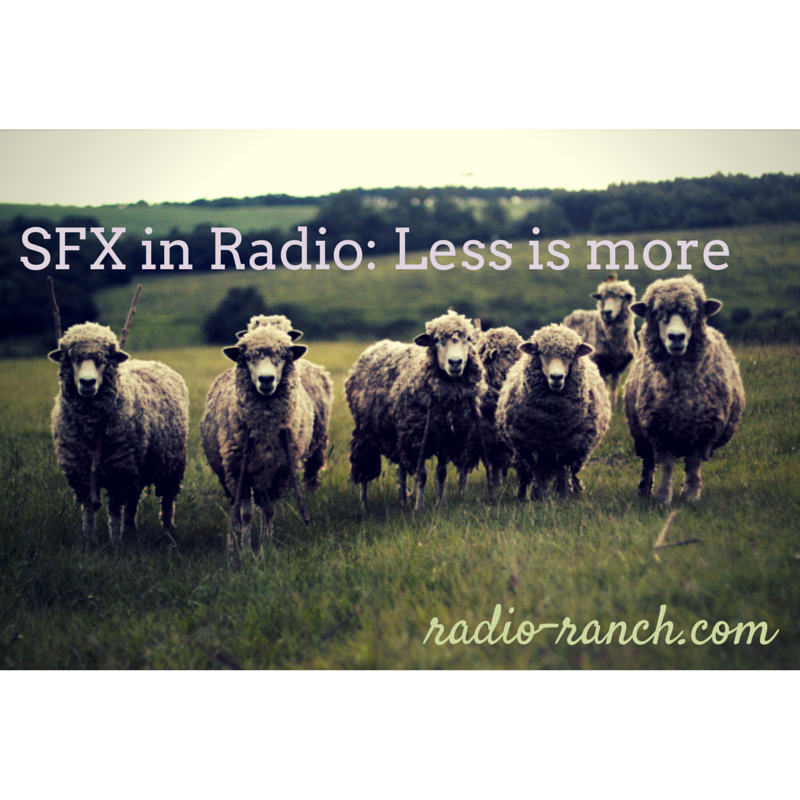 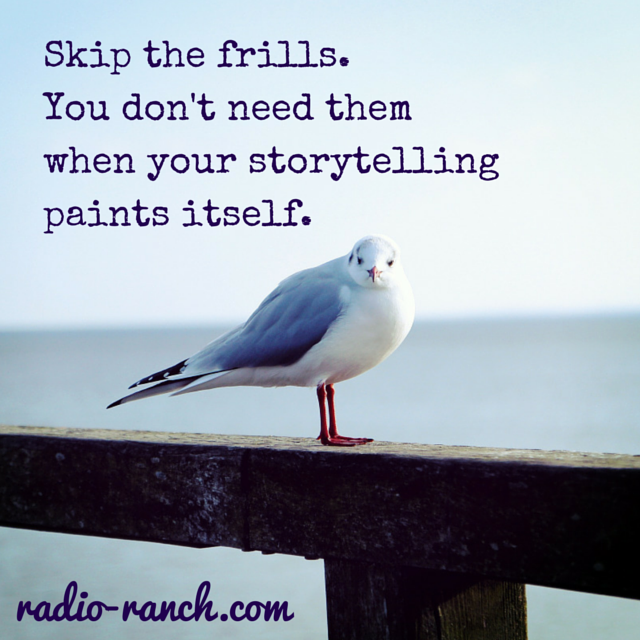 My favorite part of making radio spots always comes when I get to play around with sound. That wonderful moment when the talent are long gone, and the selects are made, and the tracks laid out and the content approved and you’re even reasonably close to coming in on time. That moment when it’s time to put in the effects. To push the creative one step further and make the magic happen. Like monkeys on Noah’s ark using their tails as windshield wipers. Like the squish underfoot of a hairy enchanted tomato in a moonlit garden. Like a giant Yeti landing on the roof of your SUV and roaring with glee as you race down the freeway. Like, well, you get the picture.

Oh, yeah, that’s exactly what you get. The picture.

A beloved friend and fellow producer who taught me much always used to say radio is a very visual medium. You gotta create something into being with the words, and then you enhance that reality with sound and music. The perfect doorbell. The realistic but funny doggy bark. The load of bowling balls bouncing off the truck. Ever since Fibber McGee’s closet opened for the first time, radio listeners have been expecting those effects. And by golly they are fun to make happen.

(Those aforementioned monkey tails were actually a wet thumb dragged across an inflated balloon.)

But sometimes, the effect that says the most is no effect at all.. And although it isn’t nearly as much fun, sometimes silence is just what the moment needs. We’ve all heard spots on the air in which the producers have just arbitrarily set people somewhere.

A very popular choice is outside. For no apparent reason whatsoever. And as any seasoned producer will tell you, all of the outdoor background tracks are extremely heavy on birds. More damn chirping than the aviary at a world class zoo. Dogs barking. Horns honking. Wind blowing. If my neighborhood was that noisy I’d move. Enough already. Come inside and have a conversation in your living room. Where it is pretty darn quiet. A funny, intense, well-­written and beautifully timed tete-­a­-tete can be so very powerful all on its own.

I once had a Creative Director kick back a spot because there were no effects. It was a lovely, funny dialogue which everyone in the room, myself included, felt needed nothing. But our CD was one of those guys who always wanted to raise the curtain on the Theatre of the Mind. A term I loathe, by the way. So, I arbitrarily decided our couple was discussing their favorite hot cocoa while…bowling. We burned a lot of studio time putting in a little Friday night league match in the background. Our actors never referred to it once, although I’m pretty sure the husband picked up a 7­10 split. CD loved it. Not sure if it ever made it to the air. The quiet version is the one on my reel.

A very wise man told me that if it isn’t in the script, sound effects are not going to solve the problem.

So it is that this very visual medium sometimes needs only the spoken word, and the ear of the listener, to complete the picture. And as tempting as it is to back it with a brass band, let it go. And write the spot with the brass band for next time.

We love to hear your feedback, let us know in the comments below how this article was helpful for you, and if you can relate (or not!) to the usage of sound effects in audio and radio commercials and advertising.