The Power of Radio 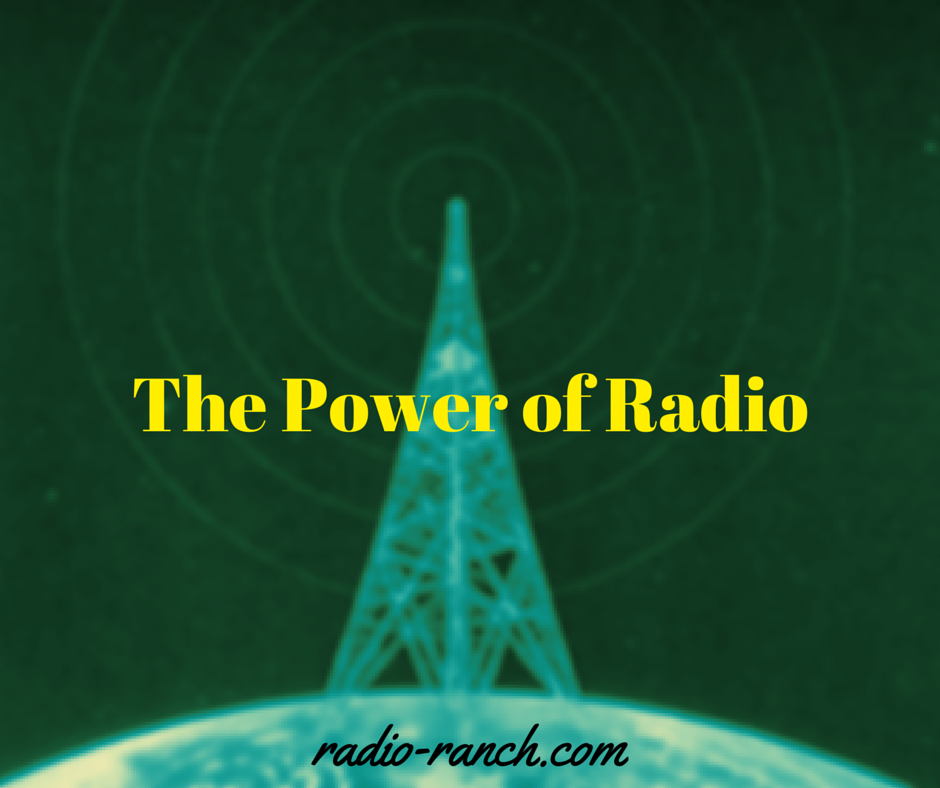 I would never accuse myself of being tech savvy.  I am probably most aptly classified as a demi-Luddite, one who uses about a tenth of the capacity of the internet but enjoys her Solitaire and her ability to edit in Word.

So it is that when I picture my memory as a physical entity (what, you don’t?) that I see it not as a device which would have to be powered down before take-off, but as a filing cabinet.  One of those old  three-drawer, dun-colored metal jobs, usually a little worse for wear, that are a prominent part of the décor in low rent law offices on TV and that many of us still have tucked away somewhere, crammed with stuff we can’t quite part with and will never get around to scanning into our computers.

Remembering something means that one of those drawers without warning pops open, a dog-eared manilla file folder presents itself, and suddenly you’re reviewing something from your past you swear you never would have thought of in a million years.  Obviously, you did, but not on purpose.  That is the curse and delight of memory.

Try to remember something, and you tug and pull on those file drawers in vain.  Sticky little bastards.  Then suddenly they offer up a little tidbit from the back of the drawer, quite often something you had been quite happy to forget. And sometimes, what you get is a moment of  “aha!!”

Which is exactly what I had recently.  Probably prompted by all the reflecting I’ve been doing since starting these posts about my years in acting and writing and radio.

Maybe.  Maybe this one was just on the list to come up about now.

I suddenly remembered a morning back in …. oh, let’s say 1980.  I was living alone in a quadruplex in Houston, an apartment featured in a couple of Larry McMurtry novels.  I obviously had to get up for some reason that morning – unusual since I was performing at night and most days didn’t get up until the crack of noon.  But the clock radio was set, and at the appointed early hour, blared music in my ear.  Or a music station.

What I heard, through the fog of swimming up to consciousness, was my own voice. Coming out of the radio.  I was suddenly in some sort of Pynchon novel being acted out in my bedroom.  Slowly things came into focus.  I realized I was telling myself to go shop a Labor Day sale at the local department chain.

Then it hit me.

I hadn’t woken up in some distant Thunderdome.  I had woken up to my first ever radio spot.  In a weird quirk of scheduling fate, my commercial came on at the exact moment my alarm was set to go off, and  I was introduced in a very surreal way to the power of radio.  Talking to myself.

It stuck with me.  Both the understanding of the power of the medium, and the habit of talking to myself.  Ah.  Ha.  More on that some other time.    Meanwhile, I will await the next opening of the drawer, and see what file pops out.